Dick Flacks is emeritus professor of sociology at the University of California, Santa Barbara. His most recent book (co-authored with Mickey Flacks) is Making History / Making Blintzes: How Two Red Diaper Babies Found Each Other and Discovered America. His weekly radio program, “Culture of Protest,” has been heard for thirty-five years at www.kcsb.org. He co-authored, with Rob Rosenthal, Playing for Change: Music and Musicians in the Service of Social Movements. 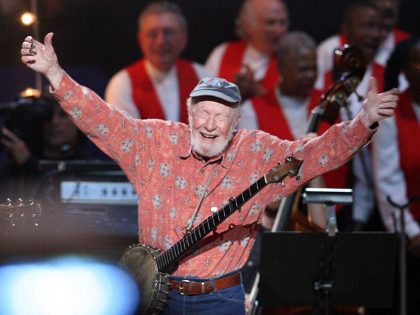 Pete Seeger would have turned 100 today. Few figures in American history have lived as influential and deeply radical lives as he did. Let’s celebrate him today.