What happens to firebrands when they grow old? The first wave of punk rock crested years ago, and some of its luminaries, now long in the tooth, offer a depressing answer to this question. A recent discussion panel about punk, featuring John Lydon, Henry Rollins, and Marky Ramone, descended into chaos as the guests hurled personal attacks at one another. Predictably, much of the rancor stemmed from accusations of having betrayed the movement. The uncomfortable takeaway from this unfortunate episode was that, for famous punks of a certain vintage, aesthetics and status eclipsed politics long ago.

Of course, since day one, punker-than-thou lifestyle politics have been an integral part of the culture. But punk was nothing if not multifarious. Punk’s nebulous political commitments were colored by its nodal geography in a pre-social-media world. Different local scenes fostered a profound diversity in the expression of punk’s baseline anti-establishmentarian raison d’être.

Art Bergmann has been part of the Canadian musical landscape for forty years, but he cut his teeth in the Vancouver punk scene of the late 1970s. His new album, Late Stage Empire Dementia, is energetically political — and yet it avoids many of the clichés of his aging cohort. Bergmann’s new record must be considered in the context of the history of Vancouver punk. The new album demonstrates that aging punks do not have to evoke retreaded Spinal Tap nostalgia.

Vancouver punk rock emerged at the end of the 1970s as one of the most explicitly political music scenes in North America. This was due, in part, to the connections between local political activists and countercultural music. The city’s punk scene developed at the same time that a resurgent anarchist politics was taking form in response to British Columbia’s increasingly neoliberal governance under the Social Credit Party. These anarchist currents included members of the Youth International Party (the Yippies) — a radical offshoot of the free-speech and anti-war movement of the New Left. 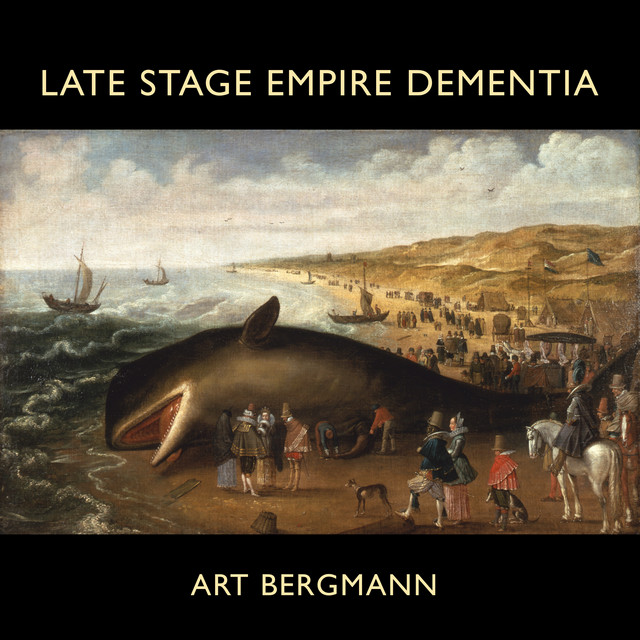 While the dawn of punk is associated with the cynical ’70s, it was also influenced by the politics of the long ’60s. Local activists in Vancouver were deeply involved with arts and culture. Music and activism cross-pollinated — yippie influence in punk circles merged political activism with popular cultural practice. This combination, as historian Eryk Martin notes, was significant for British Columbia’s New Left. Activists saw punk as a tool for building solidarity with social movements across the province. At the same time, punks believed that offering radical theory and connections to activism would enhance their music’s cultural expression and reach.

Prominent Vancouver punk bands like D.O.A. and the Subhumans were thus conversant with the countercultural activism of the 1960s and ’70s. D.O.A. was managed by Vancouver Yippie Ken Lester and the Subhumans by David Spaner, who had worked with Abbie Hoffman in New York City. The results of this mutual influence included an infamous Anti-Canada Day concert in July 1978, fundraising efforts to send D.O.A. to Chicago to play the Rock Against Racism concert in 1979, and legal defense fundraising efforts for jailed anarchist and environmental activists.

Art Bergmann came up alongside these more explicitly political groups as guitarist and singer in the K-Tels, later renamed the Young Canadians. Bergmann, slightly older than others in what was then very much a youth culture, shared as much with the proto-punk of bands like the New York Dolls or Richard Hell as he did with the Young Turks of the scene. Punk was new and brash, but in its rejection of the turgid conventions of 1970s arena rock, it shared an aesthetic ethos stretching back to the beatniks, garage rock, and rock ’n’ roll.

Bergmann’s countercultural disposition has made him uncomfortable with success. Before becoming a solo artist, he garnered widespread attention in Canada with the Young Canadians and his subsequent bands, Los Popularos and Poisoned. By the time “alternative music” became commercially successful in the 1990s, Bergmann was something of a respected elder in the punk scene, winning critical respect and awards — though not commercial success. In 2020, he was awarded the Order of Canada.

Other VIPs from Vancouver’s punk scene have also elbowed their way into mainstream public consciousness, albeit in different arenas. Joe “Joey Shithead” Keithley of D.O.A. has pursued electoral politics alongside music, and was elected as a Green Party city councillor in Burnaby, British Columbia, in 2018. As the singer for D.O.A., Keithley penned numerous anti-police songs. As a politician, however, he admits that his relationship with the police is “pretty good.” Bergmann, meanwhile, continues to refuse any rapprochement with the boys in blue. In “Christo Fascists,” he reiterates his position on the matter, singing “No justice, no peace.”

Bergmann has retreated from music multiple times. Late Stage Dementia Empire, his ninth studio album, heralds a strong return — it is a meditation on capitalism, empire, and the hypocrisies of modern society. Bergmann’s new record evinces a maturation in his long-standing politics. It is the work of an artist who has honed his craft over decades.

Bergmann still makes loud music befitting his musical background. Some of the songs would have fit neatly in the punk milieu of the early Vancouver scene. A possibly autobiographical lyric announces, “a Mississauga earring from a life of punk rock sneering” — and there is a lot of musical and lyrical sneering. The first single from the record, “Christo Fascists” is a broadside against the ascension of far-right extremism in the United States.

The track is cowritten with Brother Wayne Kramer of the MC5, a band long associated with New Left and yippie activism stretching back to the late 1960s. Kramer, lampooning status quo liberalism, includes his own autobiographical note: “All liberal reminisce / ’66 was better than this / in ’68 we blew it to bits . . .” The line is a reference to MC5’s performance at the anti-war protests at the 1968 Democratic convention. The song draws a straight line from the anti-war protests of the 1960s to the Rock Against Racism movement of the late 1970s and through to the Black Lives Matter movement responding to police violence today. Kramer and Bergmann observe that iterations of the same battles fought fifty years ago are being fought today.

While the Kramer track feels a bit like a paint-by-numbers fulmination against punk’s stock bugbears, other songs on the album are more specific and trenchant. Bergmann now lives outside of Calgary, in rural Alberta. The province is the most conservative in Canada and home to the infamous tar sands. In “Amphetamine Alberta,” he takes aim at the petro-state that is his adopted home.

Vituperation, however, is not the real strength of the album. Bergmann’s sharpest political interventions emerge from far more complex fare. In “Los Desaparecidos (Border Art),” Bergmann addresses issues of displacement and asylum. The title refers to victims of Argentinian state terrorism, but the song connects “the disappeared” with fallen migrant children crossing borders and the brutality of the American state. Bergmann asks, “Who’s that maid you pay under the table? / Una madre los desaparecidos.” The track puts the screws to the blithe indifference with which North America sources its cheap labor.

“Late Stage Empire Dementia,” the album’s sprawling title track, transcends punk entirely with its sheer scope and intricacy. The song is a reckoning with the corollaries of imperialism. Spoken-word interludes are paired with churning sonic lament as Bergmann details the “laws of empire.” These sweep from the genocide of indigenous people to mass incarceration and the forever wars. Evoking remonstrances from punk at its most biting and perspicacious, Bergmann puts liberal do-gooders in his crosshairs as well.

What kind of betrayal is this?
Feminists can’t resist
generals with tits
flaying enemies to bits
C’mon you women of Raytheon and Grumman
who make millions bombing and grinding the children of Yemen

In the chorus to the song, Bergmann connects the everyday to history, empire, and capital: “Your small-town misery / could be world class history / there’s money to be made / with enemies at the gate.”

With Late Stage Empire Dementia, it is clear that Bergmann has created a sprawling indictment of contemporary capitalism colored in equal parts by despair and rage. The album marries the political impulses of the punk scene of his hometown and youth with a polished adroitness that comes with age and experience. Bergmann’s latest — a caustic but complex take on our vertiginous historical moment — is the product of his long and storied career.