Pablo Abufom is a translator and master in philosophy from the Universidad de Chile. He is an editor of Posiciones, Revista de Debate Estratégico; a founding member of the Centro Social y Librería Proyección; and part of the editorial collective of Jacobin América Latina. 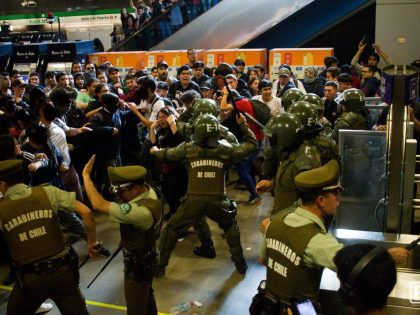 In Chile, a transit fare hike turned into a nationwide mass protest against austerity. Now the country's right-wing president and military are responding with repression unseen since the Pinochet dictatorship.