Mame-Fatou Niang is an associate professor of French at Carnegie Mellon University. Her most recent book, Identités Françaises, examines Afro-French identities and the works of female writers of the banlieue. She co-directed Mariannes Noires, a film in which seven Afro-French women investigate what it means to be black and French and black in France. 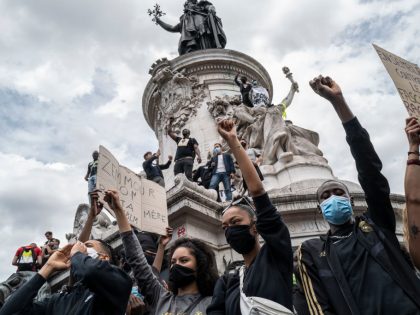 Fighting Racism Is What Makes Us Universalists

Anti-racists in France are constantly accused of being “identitarians” undermining the supposed universalism of the “color-blind” Republic. But the demands raised at the protests following George Floyd’s murder uphold actual universalism: a commitment to fighting oppression that recognizes the reality of racist and colonial violence.