Joel Whitney is the author of Finks: How the CIA Tricked the World's Best Writers. His work has also appeared in Newsweek, Poetry Magazine, the New York Times, the New Republic, and elsewhere. 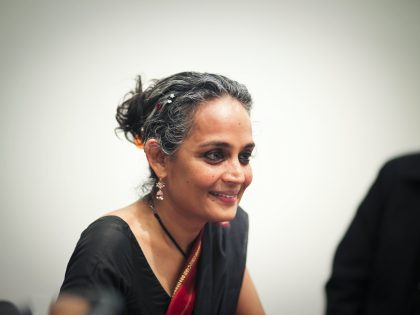 Arundhati Roy has a tendency to rile India’s media and political elites like no one else on the subcontinent. Perhaps that’s because no writer today, in India or anywhere in the world, writes with the kind of beautiful, piercing prose in defense of the wretched of the earth that Roy does.