The United States is the only developed country in the world that does not guarantee all of its citizens health insurance, family leave, childcare, a college education, and the right to join a union and bargain for living wages.

Sorry, I’m going to shout for a minute: THESE ARE NOT RADICAL IDEAS. They are sane, normal, tried-and-tested ways of making social life minimally secure, dignified, fair, and free. We know they work, and we know they are affordable, because every other developed country on the planet, from Germany to Japan to Australia, somehow manages to afford them, so long as the rich pay their fair share.

But in America, our major left-leaning political party, the Democratic Party, refuses to consider anything like this. And when a popular Democratic politician builds a movement around this social-democratic program — revealing that a majority of Americans, and certainly a majority of Democrats, support these basic ideas — what does the leadership of the Democratic Party do? It flexes every muscle, it pulls every string, it organizes itself with all the ferocity and dexterity it can muster in order to rule that movement out of bounds. 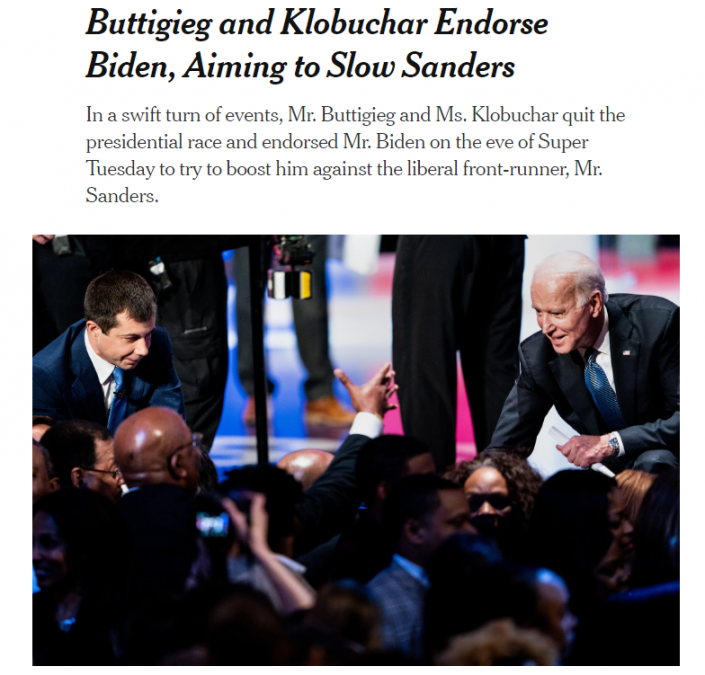 For five years, the leadership has held the line against this movement and its core ideas. And now they are uniting behind Joe Biden, for no other reason than to prevent the Democratic Party from becoming a party that stands for true universal health care, family care, education, and labor rights.

Against Donald Trump and Bernie Sanders alike, Democratic leaders claim the mantle of “decency.” But in a country where millions live paycheck to paycheck, and thousands die for lack of health insurance, this is the opposite of decent.

Against Trump and Sanders alike, Democratic leaders claim the mantle of “responsibility.” But this transparent effort to coronate a lifeless candidate like Biden — and to suppress and alienate the only element of the party that can bring energy to the November battle — will only help assure Trump’s reelection. It is the opposite of responsible.

And against Trump and Sanders alike, Democratic leaders claim the mantle of “moderation.” But they are not moderates: we have another word for political elites whose material and ideological loyalty to the status quo outweighs any other commitments. These leaders are conservatives, and this is a conservative consolidation.